We have 7 reviews and ratings from verified customers of John Lewis broadband.

Customers were surveyed 60 to 120 days after switching to John Lewis - and we asked them to rate every aspect of their new provider.

You can jump to our overall summary of John Lewis broadband ratings or browse all reviews below. 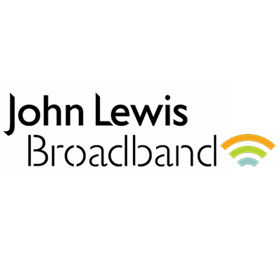 Switchover was straightforward and went through without any hitches. So far I've kept the speed that was promised and haven't noticed any drop in performance even when having several windows open. Not only is the monthly cost lower than my previous supplier but I also got two vouchers for changing provider which makes it even greater value.

Annoyingly the switch was delayed because they asked if I wanted to keep my number for a second time, when I'd already said the week before I didn't. As a result I ended up with extra charges from my old provider as I didn't leave in time.

Switch was quick, and very happy with customer service. I'm mostly happy I'm saving money although I definitely think the speed is worse than with my previous provider.

The switch was done two days late. The service is much the same as my previous provider, but is a little bit cheaper. So far I’m happy with my choice.

I am very happy with the switch to John Lewis. The switch itself was seamless, even keeping my original telephone number and everything took place on time. I have found my broadband reliable and good value for money as my monthly payments would have increased significantly with my previous provider.

I found the whole process from start to finish very easy. From the first initial order to the final connection. The bonus of a £40 gift voucher was most welcome and came through within a week of connection. I do have an issue with internet dropping out frequently but that may be more to do with my line - I am hoping that JL are as proficient at solving this problem as they were with connecting me.

Overall I would recommend John Lewis Broadband. There was an initial hiccup whereby nothing happened for around 3 weeks after signing up until I chased the order. However, once this was sorted, they got me connected up within 10 days. There's no fibre in our area yet so I was expecting problems watching Netflix and Prime with dropouts etc, but so far after 6 weeks I haven’t experienced a single one and I haven’t needed to reset the router.

We've surveyed 7 verified customers who recently switched to John Lewis broadband. Here's what they told us: