Enter your postcode to see which Hyperoptic deals are available in your area. 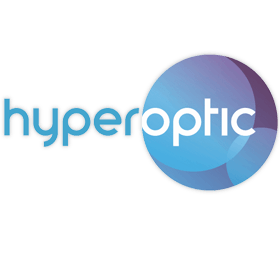 Is Hyperoptic broadband any good?

We have reviews and ratings from 4 verified customers of Hyperoptic broadband.

We surveyed new customers 60 to 120 days after switching to Hyperoptic - here's what they told us:


On average, people switching to Hyperoptic saved around £30.64 per month, and rated their Hyperoptic broadband 8/10.

New customers told us that they waited around less than 2 weeks between ordering and getting set up with Hyperoptic.

To read more about what customers think of Hyperoptic's broadband deals, check out our Hyperoptic reviews page for more reviews and in-depth ratings data.

Not sure if Hyperoptic is right for you? Have a look at what else you could get with our best broadband deals and compare before you order.

Buying refurbished consumer electronics is an easy way to reduce household spending, but are there questions about device safety?

UK vs The World… how does our broadband shape up?

Read: 'UK vs The World… how does our broadband shape up?'

Fake reviews: a growing plague on the internet

Fake online reviews devalue the internet. We explain what consumers need to know about this enduring phenomenon.

Read: 'Fake reviews: a growing plague on the internet'

Why are we still building homes without gigabit broadband?

Read: 'Why are we still building homes without gigabit broadband?'

Consumer Advice / Are you paying for stuff you don’t want? Check your broadband bill!

Studying your broadband bill can reveal errors and disparities, services you don’t need and savings you could be making.

Read: 'Are you paying for stuff you don’t want? Check your broadband bill!'

How to choose the best deal for student broadband

Starting college or uni this autumn in a shared property? Here’s what you need to know about student broadband contracts.

Read: 'How to choose the best deal for student broadband'

Where can I watch live football?

If you want to watch live football at home, platform divergence and rising living costs mean tough decisions need to be made.

Read: 'Where can I watch live football?'

What happens if my broadband provider goes on strike?

Read: 'What happens if my broadband provider goes on strike?'