Enter your postcode to see which Post Office deals are available in your area. 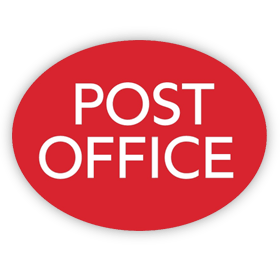 Sorry... we couldn't find any home broadband deals matching that search.
Use the filters to change your search.

We have reviews and ratings from 10 verified customers of Post Office broadband.

We surveyed new customers 60 to 120 days after switching to Post Office - here's what they told us:


Everything you need to know about the Post Office

The Post Office is state owned, and far from delivering letters now offers broadband and phone services through the TalkTalk network.

The Post Office bought out collapsed ISP Fuel Broadband in August 2017, taking on around 60,000 customers.

Fair warning, Post Office landline phone services have consistently negative reviews from Ofcom and its broadband services are reported to have lower-than-expected speeds.

The Post Office sells ADSL up to 17Mbps as Unlimited Broadband.

Inclusive weekend calls come as standard. You can add Evening Calls for £3 a month or Anytime Calls for £8 a month.

No SIM Only or contract plans available as of November 2017.

The Post Office started selling fibre broadband in August 2017. A limited-speed 38Mbps fibre service and the other 76Mbps fibre are available with £30 set-up fees up front. Both come with free weekend calls and a free WiFi router.

Broadband is among the cheapest on the market so if you are extremely budget-conscious the Post Office might work for you.

Customers should consider user reviews before making any commitment.

How broadband became the UK’s most common argument

How can you tell if you’re overpaying for broadband?

It’s often difficult to identify if you’re overpaying for broadband, but studying both your bill and your typical usage can provide useful pointers

Five things to do with an old PC

There are many things to do with an old PC, from dismantling and destroying it to refurbishing or restoring it to factory settings

Do all new homes come with full fibre broadband as standard?