Engineers have just shocked the broadband world proving it is possible for internet to work without telephone lines or fibre cables – using something you mind find in your office desk drawer.

A tester from internet provider Andrews and Arnold hit upon the idea that it could be possible to transmit an internet connection with nothing more than a soggy piece of string.

“To be honest it was a bit of fun, which one of our techies decided to try out,” director Adrian Kennard told the BBC.

“We have equipment we could test in the office, and why not?”

The results, posted on Mr Kennard’s blog, found that testers needed to dip the string in salt water for the connection to work.

This is because salt water helps conduct electricty better than pure water alone.

The experiment used a two-metre length of twine bought on eBay and some crocodile clips, producing a 3.5Mbps connection. 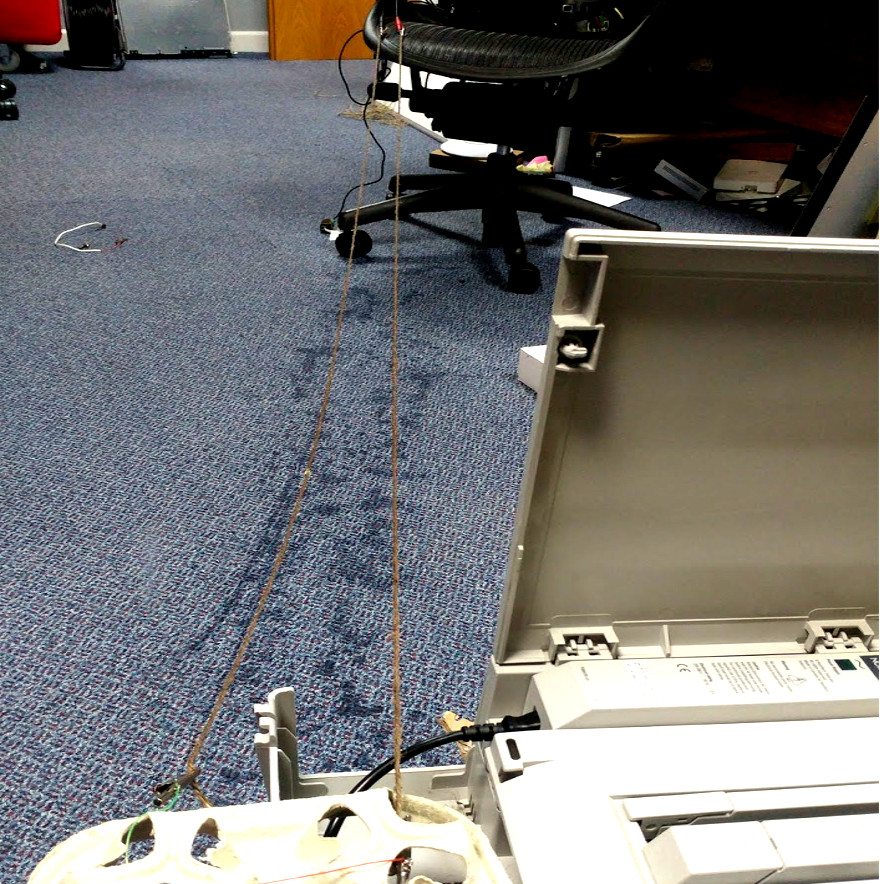 “One of the key aspects of the technology is its ability to adapt to the length and characteristics of the line on which it is deployed.

“We have seen faults on broadband circuits that manifest as the system adapting to much lower speeds, this is a key factor as a service can work, but unusually slowly, over very bad lines.

“It has always been said that ADSL will work over a bit of wet string.

“As a bonus, fit tin cans to both ends and you get voice as well as broadband on the same wet string!”

But despite the experiment’s success, it seems wet string won’t be hitting the high street any time soon.

Mr Kennard admitted: “There is no commercial potential that we are aware of.”