Blue Planet 2, the BBC’s mind-blowing nature documentary series, is to be the first programme on the iPlayer available in full 4K and HDR.

Until now the BBC had only released shows in this format on Ultra HD Blu-ray.

But those with a fast enough broadband connection will now be able to view all seven episodes of epic sea-life in full 4K.

You don’t need to download or upgrade a new iPlayer app as the 4K UHD option it should automatically appear when you search for Blue Planet 2.

Is my TV compatible? 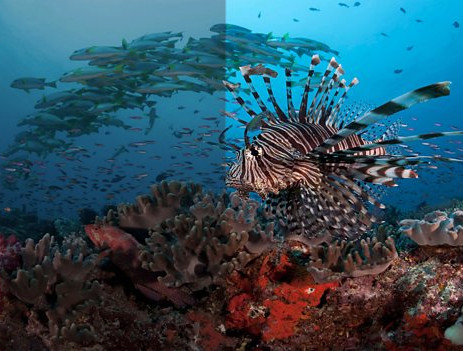 Not every TV will be able to cope with the expanded picture and colour depth, but to be sure you can check if your TV is on this BBC iPlayer compatible device list.

Brands including 2016 and 2017 models of Hisense, Philips, Panasonic and LG TVs.

Is my broadband fast enough?

The BBC recommend a minimum download speed of 2.8Mbps to watch HD programmes on the iPlayer. If you can live with Standard Definition (SD), that requirement falls to 1.5Mbps.

What else do you need to know?

Netflix and Amazon Prime already stream some of their TV shows in 4K, but use existing technology to achieve this.

For their 4K experience the BBC linked up with Japanese broadcaster NHK to produce a technique called Hybrid Gamma Log.

Latest: This is a list of Christmas smart toys experts say can be hacked

It creates deeper, brighter and more powerful colours, which should show up Blue Planet 2’s coral reefs and sea-life in more exacting and impactful detail.

HDR or high dynamic range provides a greater range of colours visible to the human eye.

It was introduced as a feature on the iPhone 6 camera in 2014, allowing people to take photographs in more colour and greater detail as well as heightening dark shadows and brighter highlights.

When you watch video in HDR, the same thing happens. Your eyes can take in more of the picture, and things like light glistening on waves will appear clearer and more detailed.