If you look up into the sky you may just see the future of broadband.

These satellites would provide gigabit broadband with 1Gbps download speeds in traditionally hard to reach areas.

While the target focus may be on the developing world rather than the Welsh valleys or Scottish highlands, this ambitious plan may well reach rural areas even faster than Openreach fixed broadband.

That would more than treble the total number of satellites in low-earth orbit.

The satellites will be floated into low-earth orbit from the SpaceX Falcon 9 rocket, starting in 2019. 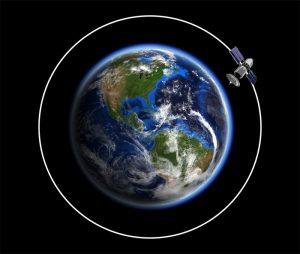 According to Patricia Cooper, SpaceX’s vice president of satellite government affairs these would “allocate broadband resources in real time, placing capacity where it is most needed and directing energy away from areas where it might cause interference to other systems, either in space or on the ground”.

The name for this ambitious broadband experiment is ‘Starlink’, industry insiders are reporting.

This ‘mesh’ network would do away with any need to provide physical cables to transfer data and provide internet.

The long latency – the amount of time it takes to bounce a signal off a satellite back to your home – usually ends any notion of speedy broadband.

The ambitious idea was revealed back in 2015, with the dual aim of offering affordable broadband across the world and funding Space X’s planned missions to Mars.

Satellite broadband is available in the UK but is not a common option.

As we reported back in July, one Welsh pensioner was so disgusted with a BT broadband connection that was supposed to run at speeds up to 17Mbps but failed to get more than 0.5Mbps that he paid £620 for satellite broadband instead.

Professor Chris Spry, 79, who lives in Heol Senni in the Welsh mountains explained that because he lives five miles away from his nearest exchange his internet barely registers at all.

Instead, Prof Spry chose to supplement his BT connection with satellite broadband, which bounces a signal from a dish in his back garden to ASTRA 2F satellite over the Democratic Republic of the Congo.

It is these kinds of people that SpaceX’s satellite broadband could help: where the terrain is so difficult to navigate that it’s impossible to install new broadband lines.